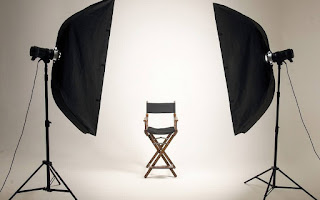 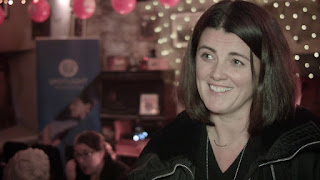 Castings in person or online can be a bit stressful for some, especially when you're just starting out in the acting world. The process can be easier if you follow the advice of casting professionals or those who have gone through it. In order to help you give the best impressions, we'll show you some tips you can use in upcoming castings to stand out in front of directors and on camera.

First and foremost, you have to be patient and get to know casting directors; you need to know what they are looking for. Therefore, first impressions are everything. From the hairstyle to the shoes, if a person has an image opposite to how they really look, it may not be taken into account, but for this you have to remember the golden rule: less is more. In the case of women, it is not necessary to be completely covered by make up; leaving space to show the natural, facial features is better to give an idea of the person and not someone that makes their essence disappear through make-up. In the case of men and also women, they usually look for people with natural hair. Perhaps, there is a role for a blonde man, if your hair is naturally blonde you might be the top choice. But, what if you don’t? applying to roles that demand a specific physical feature that you don’t have may turn right for you, because the director might ask you to make that change or perhaps they would step aside a physical feature for the interpretative skills. 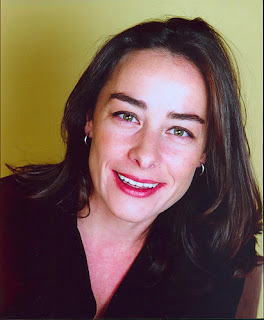 The physical appearance can make an impact on everyone, but the truth is that it's the skills of the actor or actress that will count the most. Due to the current situation, face-to-face casting has been placed aside and online casting with the help of video books is more common. This update can bring up several questions about the best way to make these video books or to stand out from other people. First of all, remember that many people will be doing the casting so you need to get the directors' attention in the first few seconds of the video. Casting director Kelly Valentine, in an interview for Spotlight, commented that she didn't like having to fast-forward a videobook to get to the best part. That's why it's convenient to start acting and have a powerful scene with great dramatic content in the first few seconds. You could say that a videobook is like a post on social networks, if we want to attract the attention of the audience, we have to make a visual impact with the scene and make the description fit the visual power, in other words, the acting. It should be taken into account, when recording, that the video book should have a decent quality and that the final result should not have defects. The MP4 format can be opened on any device and filming in landscape mode is better than filming in portrait mode. Although, these are small details of video books, they make a difference.

We know that you have to draw attention to yourself, but what is the scene that can push you to go far? The scene you choose should be varied, it should not only contain dialogue, but reactions, emotions and various scenarios. Casting directors must be able to see all your acting skills like carrying out the dialogue, as well as the reaction in a situation since the ability to interact is crucial in productions. In addition, the change of space-time is a feature that can offer something new to the video to show the person in different lights and in general, see the actor or actress in different situations. Another important thing to remember is that variety is fine up to a point, if you want to show your skills in different genres it is better not to combine. If you want to show a comical side, you can show a romantic side and even a little bit of magic fiction, but it is not recommended to put together videos like this with drama or thrillers. Having a consistency and coherent structure is necessary for directors to see that there is a line to follow, not just showing all the material possible.

Finally, at some point the opportunity of a face-to-face casting can show up. In these cases, there are two fundamentals to remember, according to casting director Rosa Estévez: punctuality and preparation. Both in video books and in person, casting directors have to see many people, that's why punctuality is important, nobody wants to have to wait for someone else. It also shows respect for people that you may work with. Punctuality is an important element along with preparation. Some castings may ask you to perform a free-style scene or a scene you have chosen, although some give you a scene or a script to perform. Preparing yourself well to perform the scene will make casting directors see that you can do whatever role they put you in. However, preparation doesn't mean memorizing the lines and reciting them, it means that you have to know what expressions to put, how the character feels and even how to improvise to play the character better. An actress or actor that is prepared in every aspect may acquire a role in any film because they will show a more natural side to the script, so nothing looks forced.

These last two fundamentals are necessary both in video books and for face-to-face castings. The truth is that both have many differences, but they have the same purpose of capturing the attention of the casting directors so it is important to take care of the quality of the video, the content and the performances within the video. In person, other aspects should be taken in consideration, but the thing that will boost a person’s career is to study every detail they can and give it their all.